“Pride Goeth Before a Fall”

That’s what we were raised with, wasn’t it?

Richard, an accomplished professional, with grown children of his own, came to me to explore why he seemed to have lost his passion for his life and work.

He felt depressed and anxious all the time. He felt no motivation to do even those things he thought he’d had a passion for in the past.

We followed his emotions back to a very early boyhood memory in which he had wandered off and found a beautiful pond, deep from Spring rains in the woods behind his aunt’s house. He found the pond…by falling in.

At first terrified, he didn’t know how to get out and up the steep, slipper sides, but he stayed calm and after a number of tries, he got himself out.

He raced home, rushed in the door and shouted with excitement and pride “I did it”!

Only to have his mother begin shouting at him about his ruined clothing. “Go to your room”! “Just wait until your father gets home and hears about this”! “What were you thinking”?! “How could you be so stupid”! “You know better than that”! “Don’t you care that I put good clothes on your back”?!

Richard told me he felt like he’d been spending the rest of his life doing the best that he could, but never letting himself feel any accomplishment for fear someone would yell at him “what were you thinking”?!

Is it any wonder he finally felt so little joy in life?

“Don’t talk about yourself. It’s rude”.
“Don’t toot your own horn”.
“People will think you’re full of yourself”.
“People who talk about themselves are boasting. No one will like you”.
“It’s selfish. It’s dangerous. Bad things happen to people who share proudly”….

…starting with being punished, frightened, or criticized by those around them the first time, in innocence they proclaim their joy and pride in something they’ve done or accomplished!

And there’s the initial wounding. So painful, that for ever after, that person will do anything, including punishing, frightening of criticizing others to save themselves from the same pain; thereby insuring the cycle continues unbroken.

And that’s why, to this day, the taboo against expressing honest joy, pride and celebration in one’s own accomplishments still rests firmly in place….
…as does every taboo, unbroken, until someone challenges the idea.

Yet that’s exactly what we did last week in one of my masterminds designed to support the creation of greater levels of love and prosperity in participants lives.

We Busted That Taboo…Big Time!

The game was this; take a breath, be brave, be bold and share with the group something you accomplished or something about yourself that you felt genuine pride about but would never share.

Wow! Sounds simple but much ego-judgment-cage-rattling ensued. And yet, one-by-one each person answered the challenge.
And around the circle we went as I challenged each person to stretch even further; take a breath, be brave and allow yourself to hear, feel, receive the appreciation, celebration, joy and delight from others in the group as they congratulate you and tell you how inspired they are by your quality and/or accomplishment.

And that’s when the challenge really began for the member in the “hot seat”. Whew! We were off-roading in unchartered territory. People had never attempted such a journey. We were pioneers together.

Those who offered their congratulations felt their own level of belief in what is possible begin to expand. Those who proclaimed their gifts and accomplishments without retribution admitted discomfort…and then a huge wave of freedom!

What a gift to those on both sides of the equation; sharing genuine pride or reflecting congratulations, all parties became more inspired.

The energy created in this adventure took us sky-high! As each shared, then received, the walls between individuals came down and we all saw ourselves through each others’ eyes. There was no boasting, no danger; just gratitude, celebration, excitement…Love.

All that energy? That was the relief of trying to keep so much of ourselves locked down, acceptable, quiet, separate…alone.

Try This At Home, With A Caution

I want to encourage you to challenge yourself to rediscover sharing genuine pride but I offer a caution. Choose who you share with wisely.

Those who shared here, had already formed a circle of trust and love over more than 5 months together. They were not coming from fear. I guided them in maintaining a safe circle where they could express freely. Most people in the everyday world do not, yet, have the skill to give or receive from genuine love and may reflect their own fears and wounds back to you, instead.

So choose where, how and who you share with. And take baby steps. Try to stretch yourself (and others) just a very tiny bit at a time to see if everyone involved can stay present and rooted in love.

Wish you had a space to challenge you, support you, where you felt safe and good and uncomfortable safely too? I would very much like to have a conversation with you about whether my Living Fearlessly 2021 Mastermind could provide an inspiring and useful container for you and your goals. Contact me here. 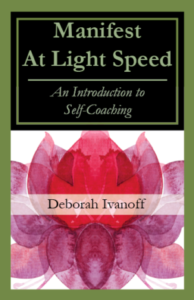 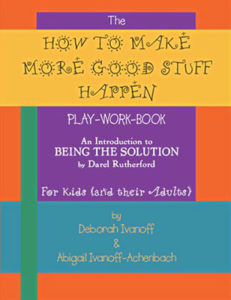